What are the Characteristics of PVC Conveyors?

As a PVC Conveyor Belt Factory, share with you.

PVC is a general name for a material, its thorough name is polyethylene, so the key material of pvc conveyor belt is polybutadiene, but the conveyor belt is made of pure polybutadiene. The tensile strength is almost zero. Therefore, to make the finished product conveyor belt, it needs to add a layer of industrial chain polyester cloth between pvc and pvc. This kind of material has high tensile strength and is suitable for commercial products. The higher the thickness, the higher the number of layers of cloth used. 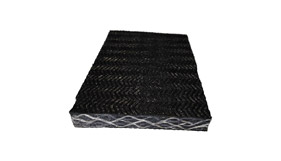 PVC conveyor belt PVC conveyor belt has good ductility and is not easy to deform. Use super-strong and excellent pure cotton, polyester, polyester white canvas as the core, and use natural vulcanized rubber to make milky white or light gray with a non-dyeing mutual compounding agent, without dyeing, and no harm to food hygiene and safety. The odor covers the layer. The product secret recipe design scheme of PVC conveyor belt is fair, in line with food hygiene standards, appropriate color, light and durable. PVC conveyor belts are good for the food industry or part of the grain to transport bulk weighing, canned beer, packed whole boxes of grains or foods with a large particle size distribution up to 400, and the air supply can range from 1 broken square meter/hour to 6000 broken square meters /hour.